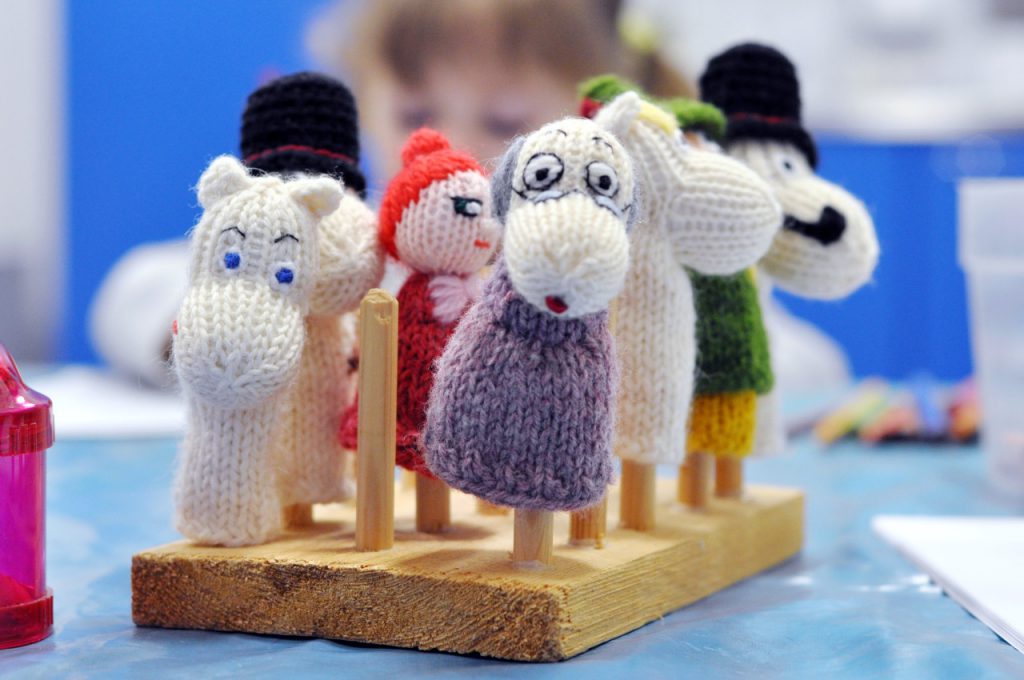 Children at Daycare Ågeli have been learning English through various methods built around phenomenon-based learning. This means combining different kinds of learning content – for example art, language and nature – into one functional entity. We try to get the children practicing their English also outside the Moomin Language School activities, throughout the day. The idea is that using and revising English in various contexts will strengthen the children’s learning. We do this by learning through action, using all our senses.

At our kindergarten, we often discuss the meaning of different words in Swedish, Finnish and English. Children are interested in language and often remark how one thing is said in different ways in different languages.

Recently we have been learning about the body and its functions. Now, thanks to harvest season, the focus has shifted to food. Children have learned about food through sensory learning by touching, smelling and tasting various harvest vegetables and fruits.

We have been learning about colors, and the color-themed rhyme, in English in our recent Moomin Language School playful lessons. Colors are also a big part of food, so we have discussed which foods in which colors taste good, which are sour or sweet and what they contain that makes them healthy for our bodies. We’ve noticed that children use words in different languages very naturally in their conversation, as you can see in the example below. Note that the text in italics was originally spoken in Swedish.

Teacher: ”What is this?”

Teacher: “Yes, it’s orange, but do you know what orange is in Swedish?”

After that we discussed what it is in Finnish. Children also wondered what morot – a carrot – is in English. As you can see, we don’t always manage to stick to the target vocabulary of the playful lesson, which in this instance was colors, but instead the words and topics learned in different languages easily become a part of the bigger picture.

After smelling and tasting various vegetables and fruits, we took a look at the Dutch painter Jan van den Hecke’s (1620–1684) still-life painting of fruits and seafood. When I asked children what they saw in the painting, they replied mostly in Swedish and Finnish, but they identified the orange by saying: “There’s an orange,” saying the color word they had learned in English. After this, children were tasked with taking pictures of various vegetables and fruits. We reused sheets of old cardboard as frames for the pictures, painting them yellow and orange and decorating them with recycled materials found at the kindergarten. We also used some gold glitter, which the children also discussed in English: “I want to use a little, hey what’s gold in English? I want to use a little gold on my frame.”

*In Swedish, the color ‘orange’ is spelled the same way as in English, but it’s pronounced a little differently.