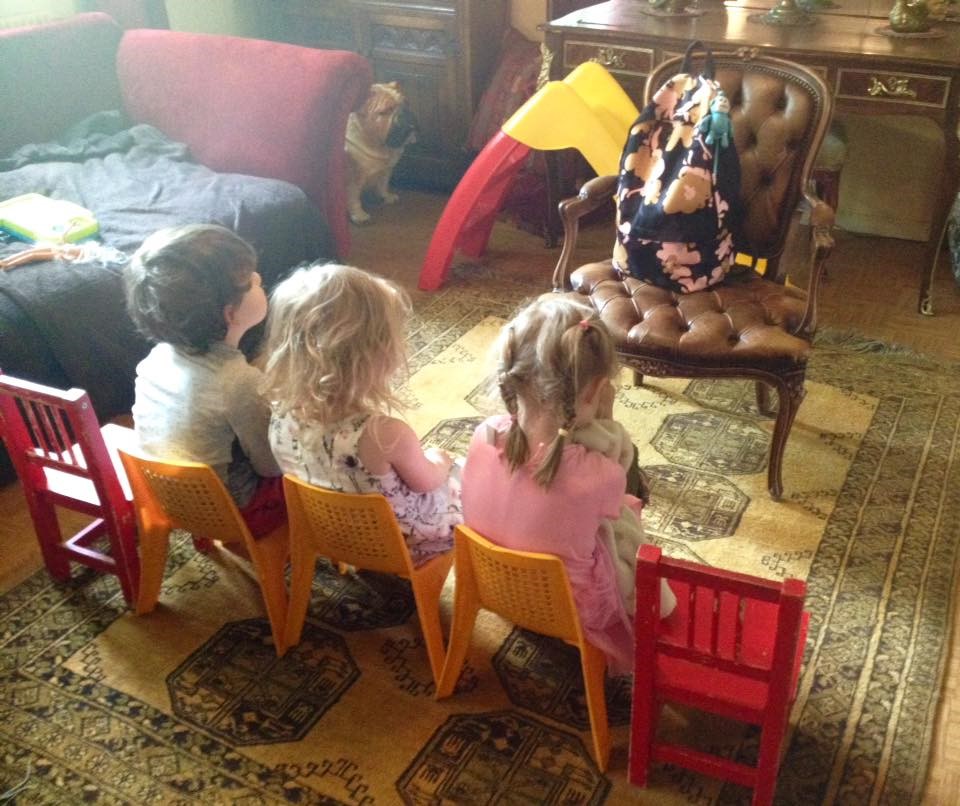 My granddaughter Tilda, who is almost 5, is one of the third generation Sweden Finns living in Gothenburg who is learning Finnish – “grandma’s language” – with Moomin Language School. Before taking part, Tilda knew only a few words in Finnish. For her, being able to learn at least a little bit of Finnish is the best thing about Moomin Language School. She’s learned that the Finnish word ‘mummo’ can mean both the paternal and the maternal grandmother, which in Swedish have their separate terms.

Frans, my grandson and Tilda’s cousin, is also taking part in Moomin Language School. Frans wants to be a police officer when he grows up, and he has learned that Finnish and Swedish have many similar words, such as ‘helicopter’ and ‘police’ (‘helikopteri’ and ’poliisi’ in Finnish and ‘helikopter’ and ’polis’ in Swedish).

Our association, Götanmaan Kalevalaiset, applied for and received this governmental support from the Gothenburg municipality. The funds were allocated to a project which had two aims: to support the Finnish language learning of Swedish-Finnish children between the ages of 3 and 9, and to find new methods for early language learning. The project was named “More Finnish” and it began in November 2017. During the first year, we planned to organize creative activities for children in collaboration with other associations. We discussed the kinds of activities that are available to children in Gothenburg, the methods that have previously been used for children’s language learning, and the kinds of new methods that could be used. We talked about language immersion – a method recommended by many researchers – and how it could be used with Swedish-Finnish children. Then we familiarized ourselves with recent research in the field of bilingualism and searched for information on new methods for early language learning. We also looked into methods available online, and found stories, songs and other creative activities as well as a great amount of language courses. However, most of the courses concentrated only on teaching vocabulary, and they weren’t based on research or the recommendations of experts in early language learning.

Our discussions revealed that the different organizations were struggling to involve those 3-9-year-olds who spoke only little Finnish or none at all. At the same time, we found out that many of these children actually wanted to learn Finnish! That’s why we started to look for a method that could be used by both those who already knew some Finnish and those who were complete beginners.

We found Moomin Language School – in our opinion the most comprehensive program of the ones we looked at – through the internet. The service is already used by thousands of children in Finland. The deciding factors for us were the digital learning application’s game-like activities and the fact that Moomin Language School has been developed by education experts and language teachers. Moomin Language School replicates children’s natural language learning, it doesn’t require reading skills, and the child can learn the language independently for 5-10 minutes every weekday. These were also important for our decision to begin using the service. The same vocabulary is repeated throughout a week, after which the service moves onto a new topic. The service also develops children’s creativity and self-esteem, which we believe will support the children’s language skills and identity.

In March 2018, we began a pilot with Playvation, the provider of Moomin Language School, by purchasing a 6-month access to the service for 20 children. We announced the possibility to take part in the project on Facebook and through our partners the Church of Sweden’s children’s activities and the Gothenburg Finnish Children’s Club. Our Facebook announcement caused us to receive inquiries regarding Moomin Language School from all over Sweden, even though participating in the project was possible only for children living in Gothenburg.

The service is developed mainly to be used in kindergartens and in other group work, which has caused us some challenges. At kindergarten, children meet each other daily and they can get a teacher’s guidance even if the children use the application independently or with their parents at home. We offered seven of the available places to the Gothenburg Finnish Children’s Club where children meet each other every Saturday, making it easy for their teacher to follow their progress. However, the rest of the places were given to children and parents who didn’t know or meet each other or me, and instead of a teacher, the parents have been in charge of making sure that the children use the service daily. We have been in contact with the parents via email and phone, and I’ve also met the parents to help them get started.

The future of the Finnish language project

In March 2018, when we applied for more funding for the project, we were trying to figure out how to integrate the teacher’s role more fully into the project. In the following May, after receiving funding from the municipality, we contacted preschool teacher Laura Paasio, who had recently started as a travelling kindergarten teacher and Finnish language ambassador in Gothenburg. Laura visits kindergartens and day cares each week and plays, sings and does arts and crafts with the Swedish-Finnish children who attend. Apart from strengthening the children’s Finnish skills, her aim is to create a positive image of the Finnish language, to strengthen the children’s identity and to help the children understand the benefit of knowing many languages. Thanks to Laura’s visits, other children also get interested in the Finnish language and culture. 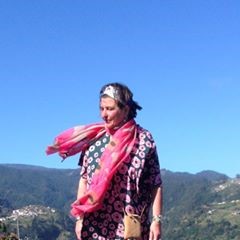 Laura Paasio, the ”Finnish language ambassador” for the children of Gothenburg.

We asked Laura if she would be interested in using Moomin Language School in her work. Laura liked the idea, and we created a group for her in the service. The group consists of several smaller groups of children who attend different kindergartens and whom Laura meets once a week. According to Laura, children who have begun using the service are proud and happy to tell her how they are now using Moomin Language School. Laura feels that the service supports her work and that using the service has stoked the children’s excitement for learning more Finnish.

Currently, four pilot groups are using Moomin Language School here in Gothenburg.  In two of the groups, the children use the application at home with their parents and don’t meet each other, while the children in the other two groups meet each other weekly in addition to using the application. The children’s Finnish skills vary; some children’s parents speak Finnish to them, while others hear Finnish only with their grandparents.

Our plan is to evaluate the results of the project and then decide how and in what form we could continue using the service. In any case, we hope that the service continues here in Gothenburg – there is really a need for it.

This blog post was written by Tilda and Frans’ grandma Kirsti who arrived in Gothenburg in the early 70s alongside many other Finns looking for work. There Kirsti became a sociologist and a researcher, focusing in part on migrants and refugees. Kirsti has since retired and is currently the vice chair of Götanmaan Kalevalaiset. The members of the association have for years supported child-oriented activities and have for example read stories to Swedish-Finnish children.