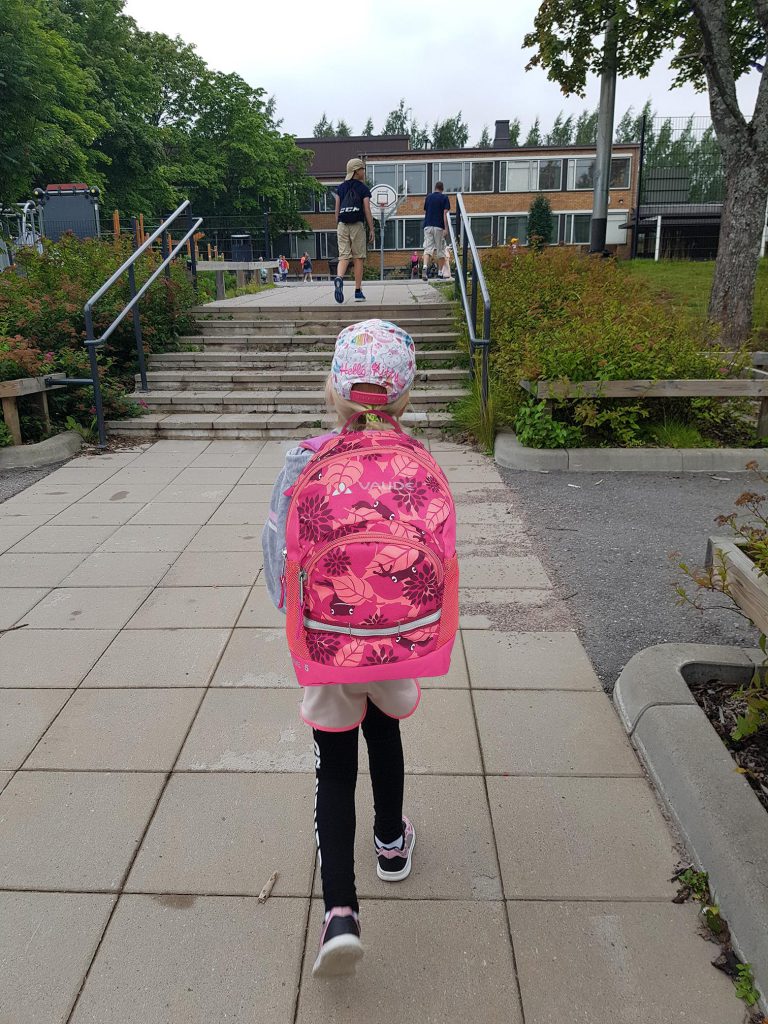 My daughter began school last Thursday, and the day was exciting for both of us. This is my second time as the parent of a first-grader, as my son began school last year. Again, I watched somewhat wistfully as my child walked through the school doors, carrying a backpack that is almost half her size. Her life is about to change, and responsibilities multiply, but luckily the weight on her shoulders is still rather light. She’s still allowed to be a child.

Finland has the best schools in the world. As a Finn, I am proud of this; as a parent, relieved. However, the changing world calls for constant reform - and Finland is ready for it. I feel privileged to be able to raise my children in a country that, despite its position as an educational innovator, doesn’t slow down but continues to work for its improvement.

Creativity – The key to success

In the new Finnish education plan, learning is more phenomenon-based than before, and it is done through various themes and projects. Multiple subjects are learned simultaneously. Language learning begins earlier. Children exercise at least one hour each day, and learning can be taken out of the classrooms, even outside.

The new plan underlines wide-ranging competence, which includes skills such as ICT skills and entrepreneurship. The children learn to learn. Schools are also encouraged to be more creative in their assessments.

Finnish schools concentrate on the joy of learning now more than ever. However, this doesn’t mean that learning becomes entertainment. Instead, it refers to the joy of discovery, finding a positive side in everything and the possibility to learn from failures. This way, children will grow into confident world citizens who will not be slowed down by the fear of failure. This attitude is what the world needs.

My daughter turns at the door and waves goodbye with a smile on her face. With a calm heart, I leave to go to work. The life of an entrepreneur is also filled with the constant joy of learning.