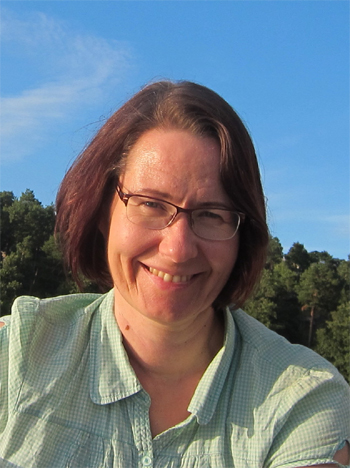 Today, parents think a lot about multilingualism and the future of their children as a part of the global society. Many wonder if it would be possible to support language learning digitally. We asked parents to tell us about their thoughts and experiences regarding Moomin Language School. We now give the floor to Teija Pihkala, education coordinator and a mother of a 5-year-old girl.

How long has your child taken part in Moomin Language School?

My child has been in Moomin Language School for about half a year now.

What thoughts or impressions did you have of Moomin Language School before taking part in the service?

We were immediately excited when we heard about Moomin Language School. However, we did wonder how native pronunciation is guaranteed when the playful lessons are held by a Finnish teacher. We were also wondering how the service will be organized at the kindergarten.

What thoughts or impressions do you have of Moomin Language School now?

The beginning was slightly challenging since the service was new to the kindergarten as well, but now that it’s become more of a routine, we are very satisfied.

Do you notice your child’s new language skills at home? If yes, how?

She tells us what new words she has learned, repeats them at home and asks us about them. Sometimes she sings the songs and rhymes that she’s learned during playful lessons. She’s so enthusiastic that she’s already learned the alphabet and numbers in English. She’s also delighted when she spots familiar English words when watching TV or using the tablet.

In your opinion, which skills have developed with Moomin Language School?

Especially vocabulary has increased surprisingly fast. It’s not always clear from the child’s pronunciation which new word it is, but the online tool for parents helps with this, because there we can check which new words have been learned that week. Sometimes there’s a bit of disagreement over how a certain word is pronounced as the child has first heard it wrong, but quite soon the pronunciation is corrected.

How has your child experienced the service?

She likes Moomin Language School very much and doesn’t want to be absent from kindergarten for any reason especially when there’s a playful lesson. Luckily, it’s possible to catch up in the learning application by doing several exercises on one go if she has to be away.

Early language learning is known to develop the brain, speed up learning and enhance self-esteem, social skills and literary skills in the mother tongue. Were you aware of this, and what do you think about it?

I was aware of it, and I definitely agree.

How important do you think language learning and multilingualism are?

Very important. Learning a language is the first step to cultural learning and accepting diversity. Our family and friends speak many languages, and our child is visibly happy to be able to communicate even a little in a language other than her mother tongue.

In your opinion, does Moomin Language School have any other educational benefits in addition to language learning?

Moomin Language School has awakened our child’s interest in other languages and cultures. She’s very interested in knowing what languages are spoken where and by whom.

What would you like to say to parents who are considering taking part in Moomin Language School?

Moomin Language School is definitely a worthwhile investment in your child’s future! At this age, learning seems to happen almost spontaneously.