The myth of Finnish education - true or not? 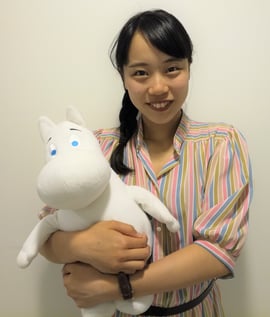 Finnish education is revered around the world, and many assumptions have sprung up over time. So what is true and what is not? Our summer intern Wako breaks down some of the myths of Finnish education and gives you an insider's view into the "secret of Finns".

Konnichiwa, my name is Wako. I am an exchange student from Japan and I have worked as an intern at Playvation during June 2019. I have also studied Finnish education at the University of Helsinki and volunteered at an elementary school, a junior high school and a high school in Finland during my exchange period. In addition to that, during the internship at Playvation, I also visited a kindergarten to observe the playful lesson of Moomin Language School and the educational institution in Helsinki. Inspired by this experience, I would like to share what I noticed about Finnish education from my perspective. 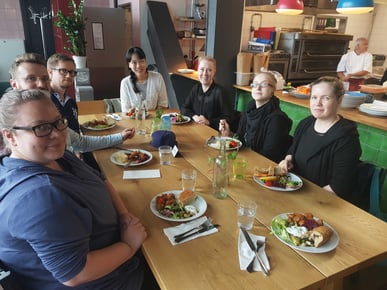 My coworkers at Playvation – Thank you so much for your kindness!

One of the reasons I got interested in the Finnish education was a documentary I watched about school in Finland. In the documentary, there was a scene where kids were studying sketching plants in the forest. In reality, the kids are not always studying in the forest. However, many schools and kindergartens in Finland are next to a forest and they seemed to often play and study in forests. Besides that, it is not only for children but also adults tend to spend time in forests or nature here.

No homework? - No, there is homework.

We often hear the rumor that there is no homework in Finnish schools but it is not true. However, there is no homework during the long summer vacation (from June to August) and children can leave the textbooks in a bookshelf in the class room - which was shocking and I really envied the kids. When I was a kid in Japan, I always suffered from much homework during the summer vacation. Separating work (studying) and leisure clearly and enjoying the summer to the fullest might be the reason for the success of Finnish education. 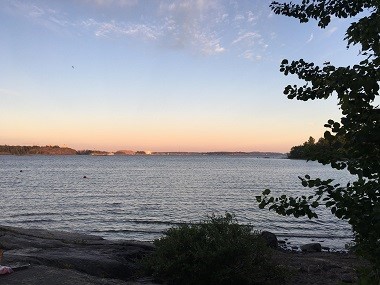 In the schools, at least the schools I visited, there were no uniforms or rules that prohibited children from bringing their phones to the school. Children could use their own phone to research topics related to the class. One of the teachers said that it is more important to teach the children responsibility than to make rules. The atmosphere of freedom in Finnish schools seemed to be rooted in the idea of kids as a priority.

Finland is known as one of the most English-proficient countries. Even though the official languages are Finnish and Swedish, most of the people speak English very fluently. One of the students in junior high school showed me the game he was playing on his phone and he said that he communicates with his friends online in English so that he can communicate with more people. There were also a great number of kids who were studying another foreign language; for example, some of the kids were keen on Japanese anime or comic culture and spoke Japanese well. From that situation, I realized that the effect of studying is maximized when it is deeply connected with the kids’ curiosities or actual lives.

Overall, I noticed that the greatest feature of Finnish education is the kid-centred and curiosity-driven education. I think this is also the core idea of Moomin Language School. I will go back to Japan in 3 days and will definitely miss Finland very much, but all the things I learned here from the theory of education to the way to have sauna will remain with me for the rest of my life.  Sayounara! (See you!)