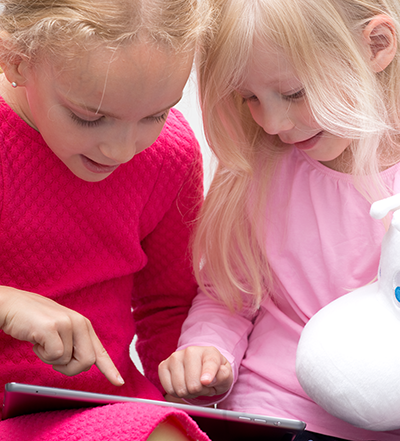 When is it too late to start learning a foreign language?

Children learn languages more easily than adults; this is considered common knowledge these days, and it’s one of the cornerstones of our passion and work here at Moomin Language School. However, many questions still remain: why is it so? When does the ability to learn a foreign language start to decline? Is there truly a so-called critical period for language learning? And does it mean that it’s futile to start learning a foreign language if you’re already past said period?

A recent study from researchers in Boston College, MIT and Harvard sheds light on the elusive concept of foreign language acquisition. The researchers were able to gather data from some 670,000 participants, the largest data set ever gathered in a linguistic study. The study found that there is indeed a critical period for foreign language learning, but that it extends much further than previously believed.

Aiming for native-like proficiency? Start before the age of 10

According to the study, published in the journal Cognition on May 1 of this year, grammar-learning ability remains high much longer than previously thought. Previous suggestions for the cut-off point have ranged from birth to the ages of 5, 7 and 10, with some suggesting that no such cut-off point even exists. Now, the new study suggests that a cut-off point does indeed exist, and that the resulting critical period lasts as long as until the age of 17 or 18. However, the study also found that it is “nearly impossible” to achieve a native-like proficiency in the foreign language if learning begins after the age of 10. As Joshua Hartshorne, an assistant professor of psychology at Boston College and one of the authors of the study, says: “If you want to have native-like knowledge of English grammar you should start by about 10 years old.”

After the age of 10, the ability to learn grammar starts to decline, explains Hartshorne. Earlier is better pronunciation-wise as well, since the longer it is since our birth the harder it is for us to recognize and produce foreign sounds. The results of the study have important implications for language teaching in schools, which in many cases starts right at the critical age of 10 or even after that. However, early language learning is already catching on in some countries; for example, in Finland the first foreign language will start in first grade in the future. However, there’s no reason why it couldn’t begin even earlier.

The study’s results were surprising even to the researchers themselves. "What we've found gives us a dramatically different understanding about why children learn a new language more efficiently and completely than adults," says Hartshorne. So why does the ability to learn grammar start to decline after the age of 18? There is still no definite answer, but it could be due to biological and/or social or cultural factors. Maybe the brain’s plasticity changes, or maybe work, study and other factors get in the way as you make the shift from a minor to an adult, as is customary in many societies around the age of 18. Adult language learning is not for naught, however, nor is it impossible. There are studies suggesting that learning a foreign language – at any age – can positively affect cognitive abilities and even postpone the onset of dementia. This is on top of the more immediate effects of being able to converse, build rapport and gain understanding among the native speakers by using their native tongue.

In conclusion: it is never too late to start learning a foreign language. Language learning at any point in life has positive effects on your brain’s health. However, the human brain retains its ability to effectively learn grammar up until 17 or 18 years of age; after this, learning a language becomes increasingly difficult, although not impossible. Yet the best time to start is indeed at a young age: in order to reach a native-like fluency (and not just in terms of pronunciation), one should start before the age of 10. But why wait even that long? Children are amazing in their ability to learn, and starting early gives them time to start a third, fourth, or even a fifth language at an age where they can still gain native-like proficiency easily.